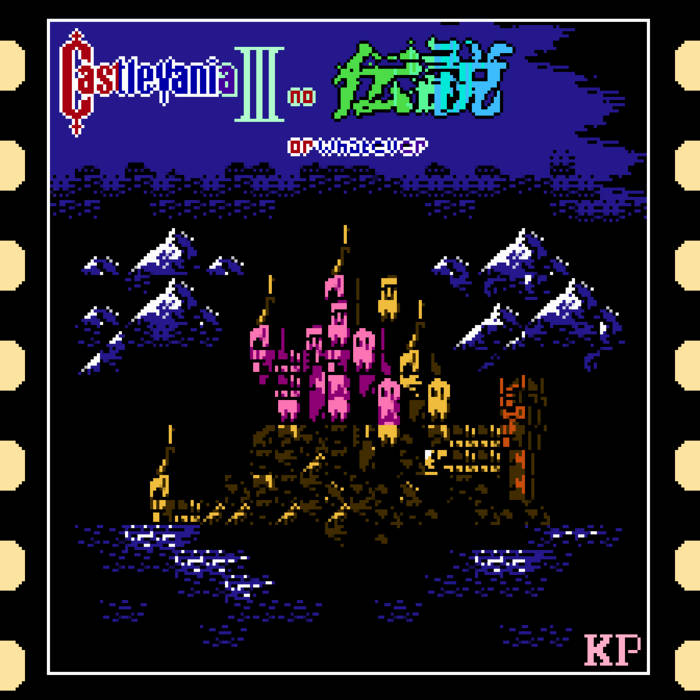 hey it's this one. whatup minibosses fans. haha anyway,

i think this is the first track where i realized that hard panning the US squares LEFT and RIGHT was stupid, because that made the arpeggios, the entire reason i care about this song, totally inaudible and also made a situation where the delay track is like somewhere in the middle and that's just stupid

so the arpeggios. yea i bet you missed those when you downloaded akumajou densetsu [ed. throw japanese characters here] dot nsf or dot illegal rom or whatever

anyway they're back with a vengeance and instead of hard panned they're at like 30% left and right. i'm not going to check, i don't care, you don't care, and you have no way of verifying whatever i say

i think this is the track that ANDREAS convinced me to stop throwing melody and delay channels just, wherever, with; i adopted a cool formula of melody wherever, preferably left, and delay always to the right of it

because you read left to right

you'd think upload speeds would be ok at 1;30 on a tuesday morning, i hope you're not getting the impression that this is all filler and i'm killing time even if i explicitly said that before, i'm an artist and this is just as much art as the thing you're listening to, that somebody else did all of the real work on and i just fiddled with dials for a month and a half on

from CVIII no Densetsu or whatever, released December 19, 2014
god - the big man
jesus - reason for the season (merry christmas all)
dracula - probably nobody would have bothered with this vampire shit if it wasn't for this dude constantly gettign head s